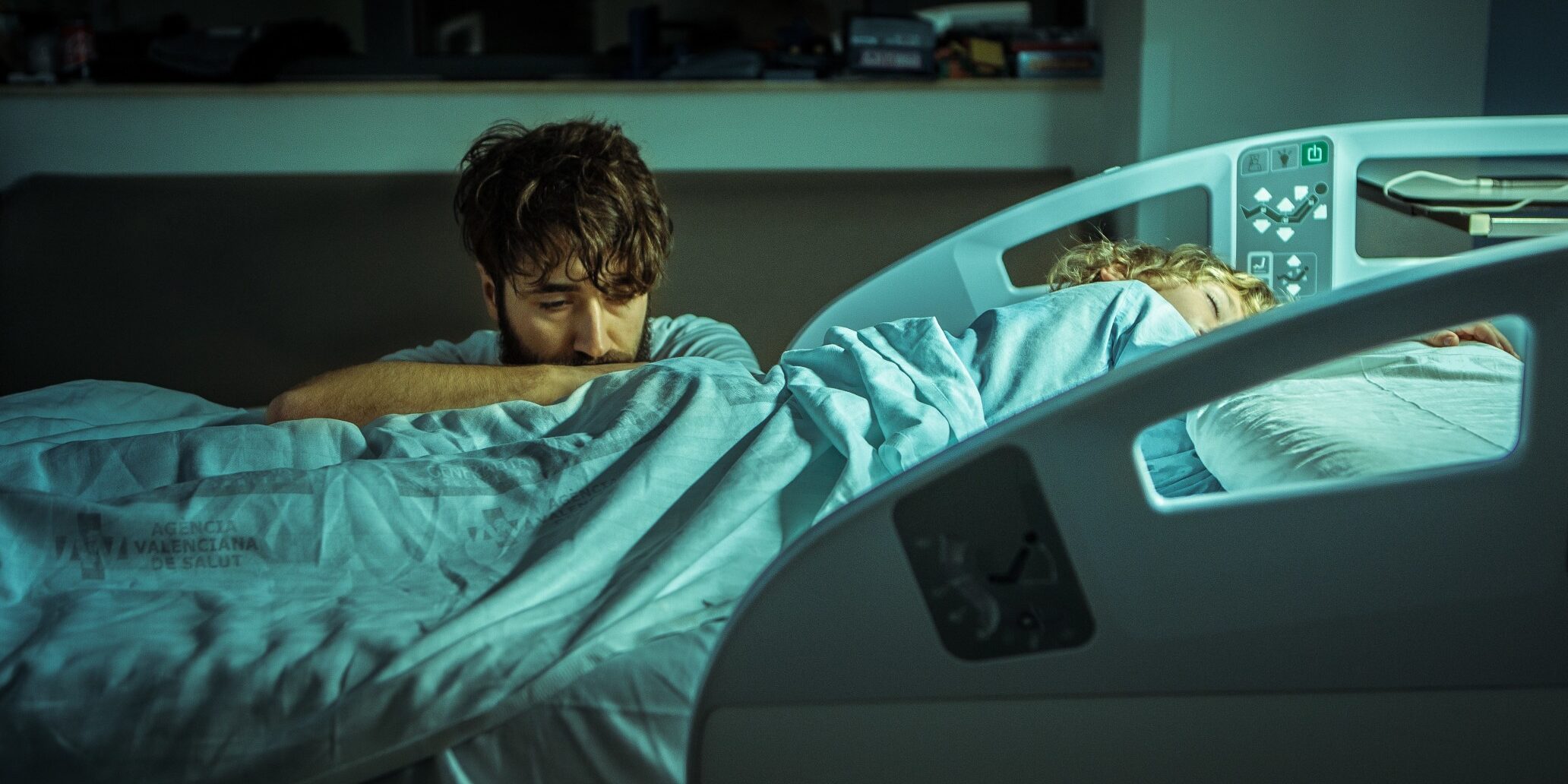 The concept of primary health care has been at the center of the health development agenda for many decades, originally inspired by the 1948 World Health Organization (WHO) constitution1 and later the focus of the Alma-Ata International Conference on Primary Health Care in September 1978. Primary health care is a whole-society approach to health, and aims to attain the highest possible level and distribution of health and well-being by providing an accessible and wide range of services, including: health promotion; disease prevention, treatment and rehabilitation; and palliative care.

The health-related SDGs cannot be achieved by the provision of high-quality primary health-care services alone. Some health issues are related to a person’s environment, necessitating joint efforts between sectors from local to national and international development partners; other issues require public awareness (health literacy) of preventable illnesses and the provision of supportive environments. We describe in the following, and depict in how primary health care as defined by the Astana Declaration (i.e. advocating for multisectoral actions and the empowerment of citizens) contributes to the achievement of both health-specific SDG 3 and the other health-related SDGs.

The goal of ending the prevalence of neglected tropical diseases (SDG 3.3) is an example of where collective efforts are required. Cost-effective interventions are available for as little as 3 United States dollars (US$) per disability-adjusted life year (DALY) averted. However, multisectoral actions to address poverty, control disease vectors and the environment, and improve access to clean water and sanitation are key components of neglected tropical disease programs.

The achievement of SDG 3.4 on noncommunicable diseases also requires multisectoral actions to address the determinants of health. To some extent, primary health care and UHC can secure the availability and affordability of essential medicines for the treatment of noncommunicable diseases, such as insulin and metformin for diabetes, diuretics for hypertension and statins for hyperlipidaemia. However, the provision of access to essential medicines also requires multisectoral collaborations at the national level to exercise Trade-Related Aspects of Intellectual Property Rights flexibilities, as envisioned by the Doha Declaration. In addition, empowering individuals and families by improving health literacy can encourage lifestyle changes and the subsequent prevention of noncommunicable diseases. Population-based interventions addressing the distal determinants of health risk (e.g. increasing taxation on tobacco, alcohol and unhealthy foods; improving physical and social environments, conducive to active lifestyles) yield higher health gains than addressing the proximal determinants through the screening and treatment of individual patients at the primary-care level. In terms of addressing tobacco use,  demonstrates the higher potential and capacity of multisectoral actions compared with those of the primary health-care system.

Preventing the harmful use of alcohol (SDG 3.5) also requires best-buy interventions, defined as interventions costing at most 100 international dollars per DALY averted in low- and middle-income countries. Such interventions include controlling availability through legal age limits, service hours and number of sales outlets, increasing tax and retail price, and prohibiting advertisements and market promotion. Effective control of substances requires a strong collaboration between health and law enforcement officers, framed by good governance. These actions require policy coherence across government sectors and are the remit of national-level actors, notably finance ministries and regulatory bodies for sales and promotion of these harmful products.

Progress towards other health-related SDGs also requires a multisectoral approach. Strong governance is required, as all actors must articulate their interests, exercise their rights and obligations, and mediate their differences.

For example, to end hunger (SDG 2), primary health care can support community-based therapeutic care using ready-to-use, therapeutic foods for severe acute malnutrition; however, a more sustainable solution lies in the adoption of agricultural policies that aim to double the productivity and income of small-scale food producers.

We have identified four underlying factors currently impeding the full implementation of the three primary health-care functions, and hence achievement of the SDGs. The factors reviewed here, in particular inadequate funding, primary health-care workforce shortage and insufficient multisectoral actions, were also highlighted in an online survey of 50 WHO Member States conducted by the WHO Evaluation Office

Inadequate spending on primary health care undermines the development of related infrastructure, including the capacity for disease prevention and health promotion. The average government health expenditure per capita increased from US$ 4.1 to US$ 7.9 in low-income countries, and from US$ 6.5 to US$ 25.6 in lower-middle-income countries, between 2000 and 2016. However, a minimum government health spending of US$ 91 and US$ 89 per capita per year, in low-income and lower-middle-income countries, respectively, is required by 2030 to achieve SDG 3

This problem of underfunding is impounded by the lack of a credible system to properly monitor primary health-care expenditure.

Provision of a comprehensive range of health services is hampered by a health workforce shortage and maldistribution, something that has always been a chronic problem for low- and middle-income countries. In 2006, the World Health Report identified 57 Member States with a density of health workers below the benchmark of 22.8 doctors, nurses and midwives per 10 000 population (the minimum required for 80% of births to be attended by a skilled health professional); the most significant shortfalls occurred in sub-Saharan Africa. Our primary analysis revealed no improvement since 2006; in 2019, 62 of 194 WHO Member States (32%) reported a health worker density of less than the above-mentioned benchmark.

Absenteeism of frontline health workers is not uncommon in many Asian and African countries, and the root cause of a poorly functioning primary care system and the lack of population trust in service quality. A survey of Indonesian community health centre staff, including 20 doctors, 61 midwives and 76 paramedics, reported an overall absenteeism rate of 23%.A multicountry study in developing countries reported higher rates of absenteeism in higher-level cadres, including those with more opportunity for private practice.

A multicountry study in five African countries highlighted that the minority of the health workforce are employed in primary health care, with greatest shortages in rural areas. This finding illustrates what is referred to as the “inverse primary health care law,” where staffing levels are inversely related to poverty and level of need. According to 66 migrant health personnel from sub-Saharan African countries, this inverse primary health care law is explained by poor working environments, difficult living conditions and a perceived inferior career path, leading to high levels of out-migration.

The capacity for multisectoral action at local communities as demanded by the Astana Declaration is often limited. Despite its potential to significantly address many social and economic determinants of health, multisectoral collaboration is not generally or adequately practised. Health personnel, particularly at the primary-care level, are not trained in multisectoral skills. The workload of public health and curative services is often overwhelming, reducing the likelihood of interaction with actors outside the health sector. Multisectoral collaborations also require social credibility and convening power, which is too demanding for facilities with few or young primary health-care staff and a high turnover rate.

Finally, the primary health-care function of empowering citizens provides another challenge. Although the primary health-care setting has the comparative advantage of its proximity to the people and community, strengthening health literacy requires actions beyond the microlevel. The experience of high-income countries has shown that health literacy education or partnerships between adult education programmes and primary health care providers can support a wide range of actions that improve health and well-being.

A recent systematic review reported a lack of institutional support, data and resources required for community and citizen empowerment and for participatory and deliberative approaches in health policy-making processes in sub-Saharan Africa. Despite the existence of participatory health councils in 99% (1972/2000) of all Brazilian cities, there still exists a lack of full citizen and community empowerment in health policy decision-making.

To overcome the issues affecting the successful implementation of the primary health-care functions, and hence achievement of UHC and other health-related SDGs, we recommend that governments in low- and middle-income countries take the following actions.

First, governments must significantly increase their financial commitment to the health sector, but also increase the proportion of this spending in the area of primary health care by streamlining hospital spending.

Second, recommend that governments implement programmes focused on the effective retention of the health workforce in rural primary care services. Bundle interventions, such as providing integrated training and career pathways, financial and non-financial incentives, and safe and supportive work environments, as well as meeting the needs of both individual health-care workers and those of their families, can be more effective than any single intervention.

Third, recommend that pre-service training curricula of primary health-care personnel are updated to ensure that, as well as skills in delivering clinical services, staff have the opportunity to acquire (i) awareness of the importance of public health interventions and (ii) competence in collaborating with communities and other sectors. Further, local- and national-level multisectoral actions should be synergized to address the determinants of health through the application of best-buy interventions. For example, the local-level law enforcement of smoke-free public spaces, alcohol breath testing and maximum driving speeds can be synergized with national-level interventions such as increased tax, controlled tobacco marketing, and legislation on alcohol and vehicle speed limits.

Finally, to improve the health literacy of populations, we recommend that the skills of primary health-care workers be enhanced to include the establishment of official platforms that could support community engagement in multilevel decision-making in health care.