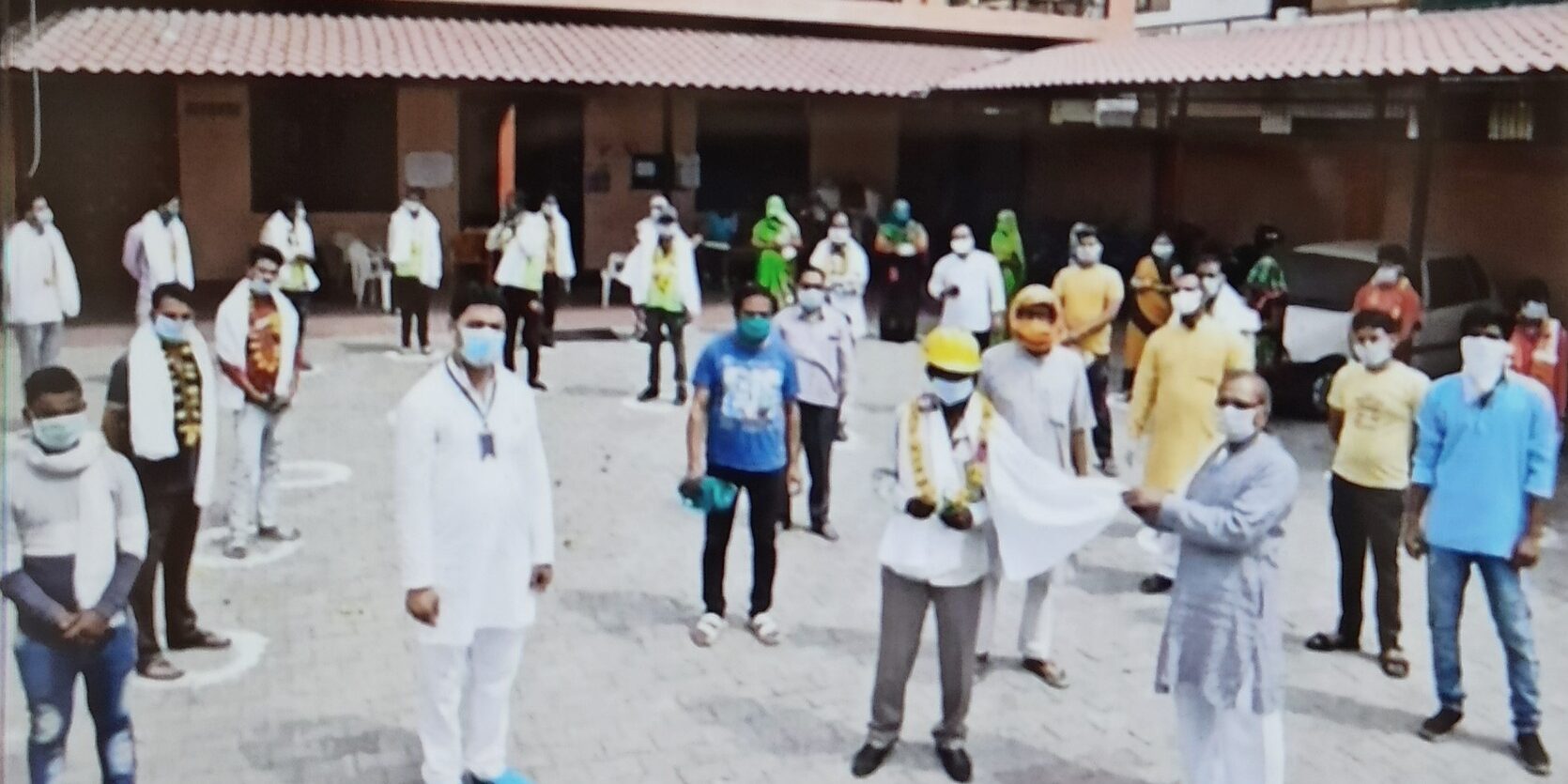 Having barely got over a devastating second wave of coronavirus infections, India was gripped with alarm on Tuesday over risks of a resurgence as crowds thronged railway stations and shopping malls a day after major cities relaxed curbs on movement.

After a strict five-week lockdown, authorities in Delhi have fully re-opened shops and malls, and allowed restaurants to have 50% seating. Suburban rail networks can run at 50% capacity, and offices have been partially reopened.

Disease experts have cautioned that a race towards resuming business as usual would compromise vaccination efforts as only about 5% of all 950 million eligible adults have been inoculated.

Doctors say Delhi’s near-complete re-opening is concerning. The city’s authorities have said they would reimpose strict curbs if needed.

Thousands died in the capital in May, as oxygen supplies all but vanished and families pleaded on social media over scarce hospital beds. Many died in parking lots, and morgues ran out of space.

Yet, the city government said inoculation centres for people aged between 18 and 44 would start shutting down on Tuesday, as doses were scarce.

India has been administering an average of 2.4 million shots a day. Health officials say vaccinations need to be at least four times higher to avoid a third wave of infections.

At the height of the second wave in April and May as many as 170,000 people died.

The Delta variant, first identified in India, has accelerated infections. And worryingly, the virus has spread to India’s vast hinterland where two-thirds of the population lives and vaccinations have been even slower.

As restrictions are lifted in big cities, migrant workers have begun returning from the countryside.

In the southern state of Karnataka’s capital Bengaluru, media reported large crowds of workers at railway stations. Unfortunately, citizens equate the government’s response to reopening, as a victory.

Nationwide, India reported 60,471 new COVID-19 infections over the past 24 hours, the lowest since March 31, data from the health ministry showed.

Both the death toll and the case-load of infections, at 29.57 million, were the second highest after the United States, but experts say the official numbers are a gross underestimate. Only people who have tested positive are counted, and in India testing has been woefully inadequate.

The Times of India on Tuesday reported a staggering 100,000 people were issued fake ‘negative’ reports for COVID-19 infections in the northern city of Haridwar when tens of thousands of Hindu devotees gathered on the banks of the Ganges river for the ,Kumbh Mela, or pitcher festival, in April.

Prime Minister Narendra Modi was widely criticized for failing to call off the Kumbh – he only belatedly urged religious leaders to celebrate symbolically – and for addressing large rallies during state elections also in April.

AmericasEcuador authorizes use of China’s CanSino vaccine against COVID-19